From Appendix A3//6: Throughout this publication we have countless examples of car engines that have been suitably modified for aeronautical use.

-One of the first conversions to be successful was the Ford A (for Pietenpol, etc). Later, until the Volkswagen engines that were also massively adapted, there was certain time with various but specific conversions.

-More modernly, the Subaru, Suzuki and Nissan dominate. We have examples with Suzuki, GeoMetro and Swift (G10, G13, etc). 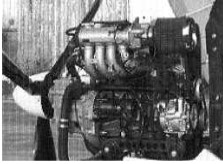 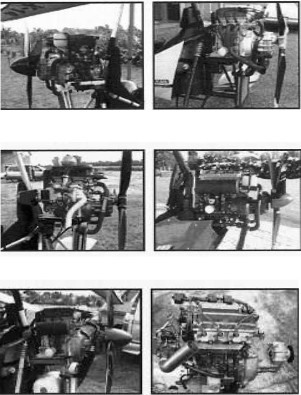 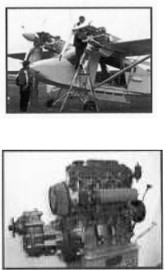 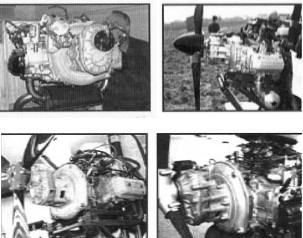 -Checking the main text we have quite a few of the specific conversions of car engines and that have been for example, Pontiac, Chevrolet, Panhard, Citroën, Ford, GM, etc.

From Appendix 6: The US Geared Drives company offers Subaru, Ford, Eggenfelger and Chevrolet car engine conversions. They are four, six and eight-cylinder engines.

-The main part of the conversion is the gearbox or PSRU. They are of improved designs that include devices to control torsional vibrations by means of a centrifugal clutch and a set of flying counterweights. 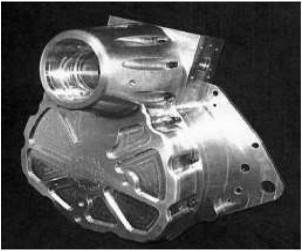 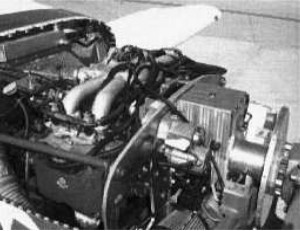 -Perhaps the most interesting adaptation that Geared Drives currently makes is that of the Chevrolet V8 engine with a total displacement of 5.7 l. It's the LS1 model with the 383 Small Block. 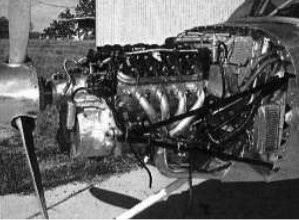 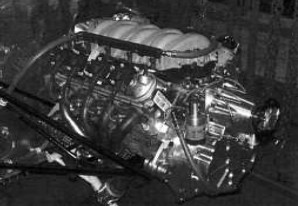 "Two views of the Chevrolet LS1 with Geared Drives box"

-For illustrative purposes we put some current brands with the types of engines that they modify and convert, in general applying PSRUs specially built for many engine models.

-Most of them have entries in this publication.