PDE stands for Pulse-Detonation-Engine, a new propulsion system that uses the principle of pulse jets but instead of combustion by deflagration (vigorous combustion), in PDEs this combustion occurs by detonation of the mixture. 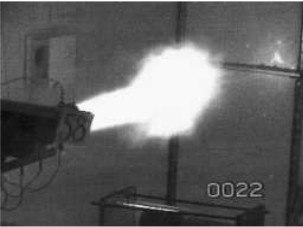 -This is how the PDWE now appears for a hypersonic vehicle capable of reaching Mach 10 at high altitudes, as much as 180,000 feet. 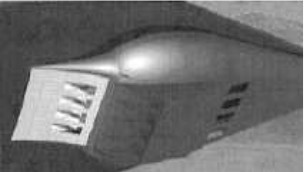 "Exterior appearance of a future PDWE"

-At least the one proposed in this image is planned to run on liquid methane.

-The idea is to take spaceships to the edge of the atmosphere (and the beginning of space) where rocket-type engines would be activated.

-In several tests with engines of this type, as the detonation is pulsating, the characteristic steam traces behind the vehicle have been observed, similar to a string of donuts strung on a rope.

-In other words, a few steamed crowns and inside a continuous line of steam.

-Pulse detonation engines or PDE are conduits in which combustion occurs as detonation with the exhaust exiting at speeds higher than sound, even producing shock waves.

-Tests are made continuously like the in the case of General Electric.

-It gives a noisy and furious thrust, so perhaps it is only suitable for remote areas from population or at very high altitudes. 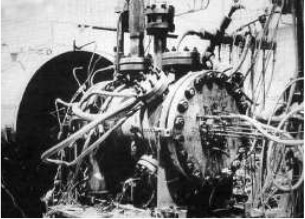 -There are projects to combine the high operation speed of PDE engines in upcoming aircraft.

-To do this, the subsonic operation must be combined with the supersonic one.

-One of the solutions are hybrid turbofans, as is the below example. 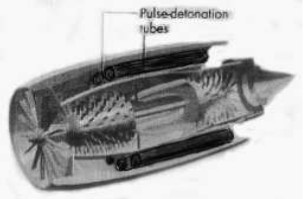 -A crown of PDE tubes are placed in the By-pass duct to start operating at its time.

From Appendix 6: A Pulse Detonation Engine (PDE) has been tested in a demonstration test at the Texas University in the city of Arlington. (see main text). 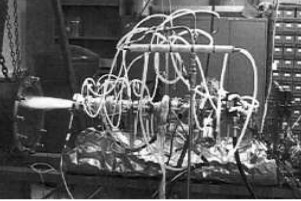 -Another PDE, presented in one of the EAA Air Adventure exhibitions and installed on a Long-ez is the one shown below.

“PDE exhibited at an EAA event”

-The studies have been carried out at Caltech, or California Institute of Technology. 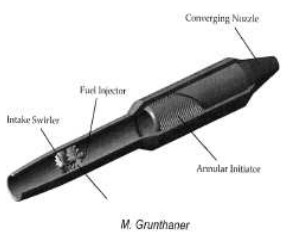 -There are also models to study the displacement of waves and loads inside the engine, as well as their amplitude. 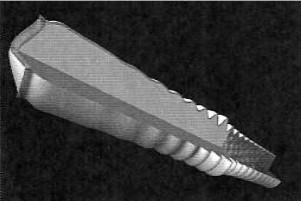 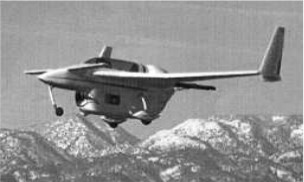 From Appendix 9: Initials of “Pulse Detonation Engines” (see main text). On a recent visit this end of the year (2013) to the USAF Museum in Dayton, we found the Vari-Ez plane with this engine and one placed next to it on display. 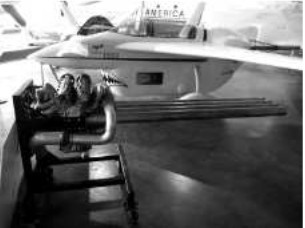 “PDE in front of the Vari-Ez”

-The PDE has four combustion chambers and four tailpipes of a suitable length.

-It turns out that its appearance seems to us like that of a sports car engine, seen from above. 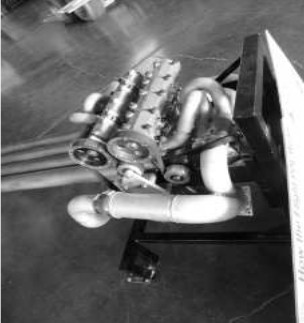 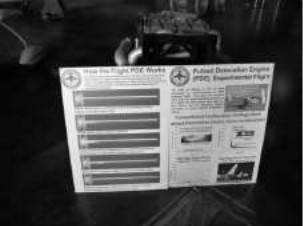 2-The intake valve closes and it is ready for ignition).

3-Ignition, followed by deflagration as subsonic combustion, and then followed by a transition to detonation (explosion).

5-The exhaust valve opens purging the chamber, the gases go towards the turbo and when the intake valve is opened again, the fresh mixture prepares the next cycle.

-In a way, the author recalls Lorin's engine. 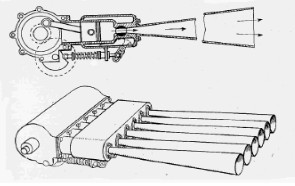 From Appendix 10: In Russia, Pulse Detonating engines, such as the one in the figure below, have also been tested. 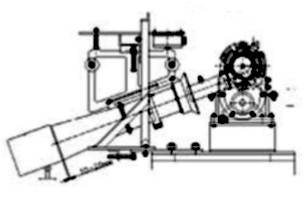 -PDE is "Pulse Detonant Engine" something like a pulse jet but higher frequency, as much as 200 pulses per second.

-In that country they are called PuVRD.