-As a student of fluid dynamics he was interested in the energy of the vortices that were created. He collaborated with Hitler's Germany to build vertical take-off aircraft.

-Today it is speculated that it was the Haunebau “flying saucers” projects that were actually anti-gravity plants according to their innovative propulsion system. 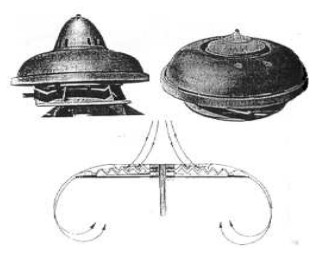