Together with the McCollum system, it is the one that does not use classic stem valves to effect engine strokes.

-It is based on the sliding movement of two cylinder liners with holes on the upper part that coincide with the stroke.

-A French illustration allows us to clearly see the device of the sleeves driven by small crankshaft rods, of different heights and connecting rods attached to the sleeves that raise and lower them during their rotation. 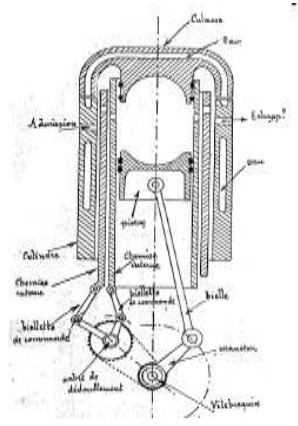 -The Minerva-Knight engine (not aviation) allows us to see in detail the two sleeves that are driven by a small connecting rods. 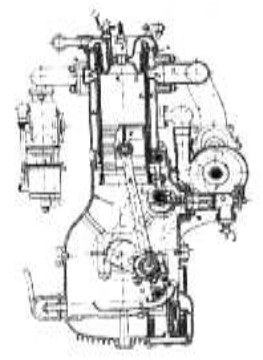 -An exploded view of the Knight system is shown below. Note that the "camshaft" is a small crankshaft with its connecting rods.

-The two sleeves on the left go one inside the other and both within the group on the right.

-The sleeves go up and down, matching the holes with those of the cylinder block. (Do not forget that the McCollum system has a rotating gear with a bumper that coincides in a ball joint at the base of a single moving sleeve, so that it rises and falls but also moves to one side and another). 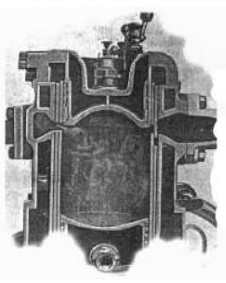 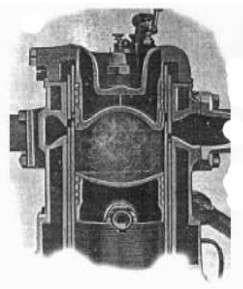 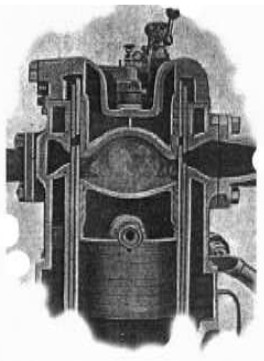 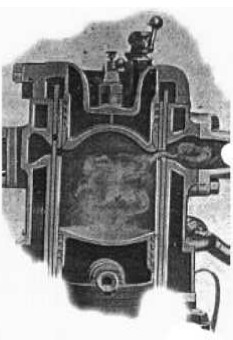 From Appendix 6: We located a cutaway view of the engine that appears in the main text so that we can now know it in more detail to understand the lifting of the sleeves by means of another “cam shaft” and small connecting rods attached to the bases of the movable cylinders. 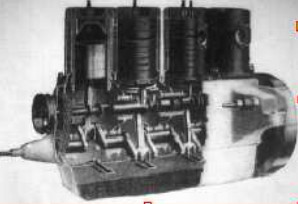 -As we remember from the main text, when using aviation engines without valves, but with sliding shirts, the generally adopted system in the UK was the Burt-McCollum one. (see Bristol, etc.). 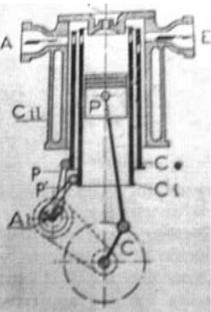 From Appendix 9: At the Paris Motor Show in December 1908, this English company presented a car engine with the principle of sliding sleeves, that is, without typical puppet valves. 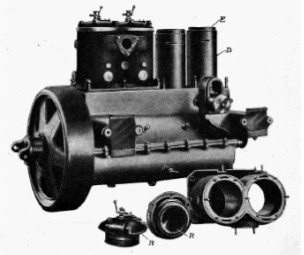 “Components of the presented engine”

-We know that aviation engines have also been made with this principle, although the most prolific was the Burt-McCollum system used by Bristol. 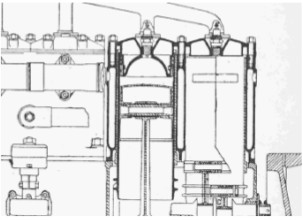 -The visible cylinder shows piston, sleeves and cylinder head with the cooling-water chambers. 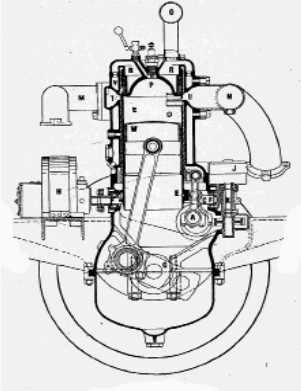 -We can see the connecting rod marked with the letter A, which is the one that drives the sleeve by lifting it and matching the different ports.

-The shaft that moves this rod is a shaft like the known camshafts.

From Appendix 12: Knight had a sliding sleeve system with holes that was used a lot, but which was beaten by a combination of Burt and McCollum.

-The one known as Burt-McCollum was used in many Bristol radial engines (see). 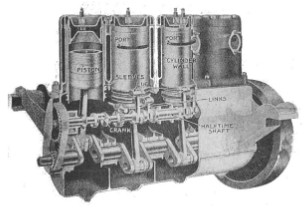 "Four cylinder Knight (the system, not the engine)" 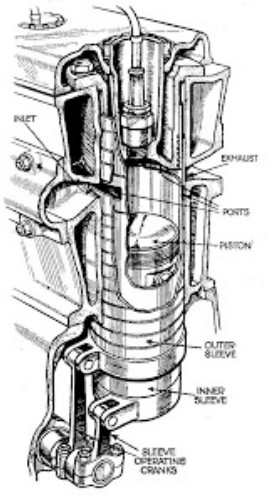 -The Knight system uses two moving sleeves inside the cylinder of the engine block. There are some holes in the upper part that coincide with the exhaust and intake ducts of the engine block, opening one when the other is closed.

-Or closing both during compression and expansion strokes.

-The Burt-McCollum system only has one sleeve and due to the mechanism used for its movement, it not only goes up and down but also makes a small rotation. Hence the shape of the ports. 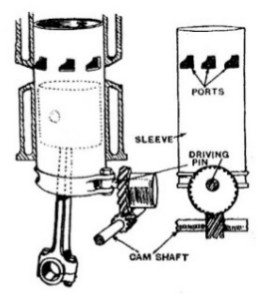