-An unidentified engine, drives a fan at each end of its crankshaft.

-The two end rotors have blades around them like some modern fans and a 180° arc of the periphery is covered with a semicircular cover.

From Appendix 6: The application of Regnard's principle has been developed on multiple occasions in many countries. 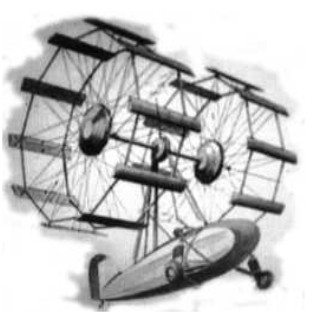 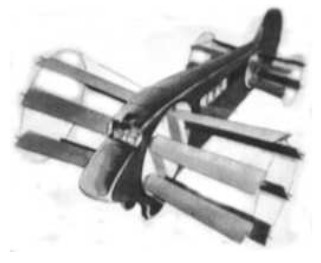 "Examples of this propulsion system"