This is De Laval. Swedish engineer and inventor Carl Gustav Patrick De Laval was the designer of the famous De Laval nozzle and also a turbine.

-The De Laval nozzle is useful in multiple systems where it is necessary to control the flow of fluids.

-It can be used to stabilize flows or accelerate them. An obvious utility is in carburetor diffusers, where the speed of the air passing through the neck of the “venturi” is increased, decreasing its pressure and causing the “outbreak” and “drag” of gasoline, whose pressure is maintained in the constant level tank.

-But the best known application is in rocket engines. His calculation is important for each engine. It is placed in the exhaust before the nozzle to accelerate the gases at its exit from the chamber, although then in the following hood the speed and pressure characteristics vary. It is most noticeable in the long nozzles of high rockets (upper stages).

-If we consider that Gustav was born in Ores in 1845 and died in Stockholm in 1913, we see that his theories are valid today more than ever.

-The first operational liquid fuel rocket engines, regardless of the Goddard or Tsiolkowsky tests, were the German V-2 engines.

-The combustion chambers were proportionally larger than the current ones, but the application of De Laval's theories is clearly visible in the neck and nozzle. 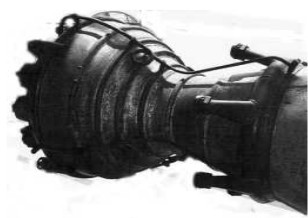 -The other De Laval invention was the application of nozzles to turbines, obtaining the maximum use of the jet that affects the blades. 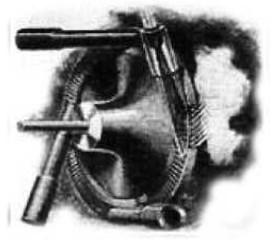