As the great inventors of the USA we knew Benjamin Franklin, Thomas Edison or Graham Bell.

-However, justice was not done to another great inventor such as Nikola Tesla, perhaps because he was not genuinely American.

-Lately people are recognizing his great contribution, especially on the subject of electricity and its applications.

-In previous texts in this publication we saw some aeronautical examples and their tests with turbines.

-We have collected another example of a turbine driving an electric generator.

-The most curious thing is that the gas turbine was not of continuous combustion but so frequently that it produced such sensation.

-The exhaust produced a depression that induced a fresh mixture of air and fuel. 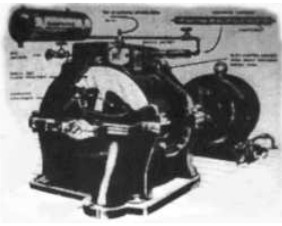 -His genius is not limited to electricity, since a design of a hybrid airplane has been discovered according to a patent filed in 1927. 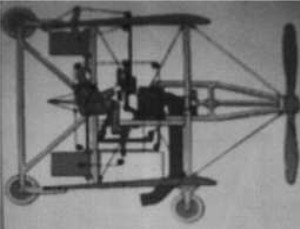 -This plane known as "X-Wing and Tilt-Rotor Hybrid Aircraft that Get UP and GO" could operate normally and also land and take off vertically. See wheel situation.

-Below an ad clipping for Tesla books about electricity and its phenomena.

-In a recent documentary by "Televisión de Andalucía" about replicas of the Giralda tower in various parts of the world, some appear in the US, especially the one of the old Madison Square Garden in New York, where they continually mention the intervention of Nikola Tesla.

-Out of this publication and Popsci, I have never heard or seen any reference to this influential character in the investigation before. A great Scientist-Inventor.