Most self-propelled ammunition uses the thrust of rocket engines in order to either carry more weight, have a greater range, or greater speed. The latter factor is very useful in the case of shaped charges.

-As they are rocket engines and the ammunition is used in the air environment, this topic is inserted here. Initially it was the ammunition itself of more or less heavy and also light cannons.

-Later all this more developed material would become known as missiles, with the ability to direct them by various means and without the need to aim in most current cases.

-In the beginning the direction was prepared by a trigger. After that there is the process of “arming” followed by firing when the target is considered “hooked”.

-Now many missiles are "fire and forget".

-Here we will deal with the first ones that were used, and that are the most forgotten. The rest of them appear more or less in chapters of each brand in this publication.

-Perhaps the most paradigmatic was the Katiuska in multiple assemblies and in turn in large truck batteries. Grouped together they were called the "Stalin organs" because of the noise they created. 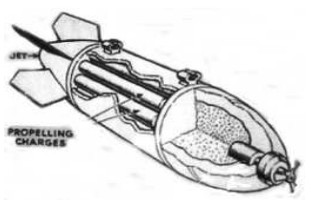 -Of the Russians we also have bombs with rocket engines, dropped from planes that increased their speed, disarmed on the way and exploded on contact.

-The most famous weapon of the North Americans was undoubtedly the "Bazooka", consisting of a light tube to support shooting and direction. 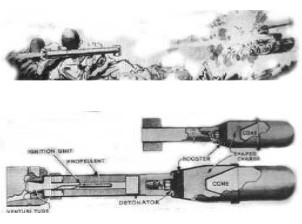 "Bazooka in action and ammunition" (PiP)

-The ammunition was in fact a shaped-charge grenade and could also be fired from the muzzle of a standard issue rifle.

-The Bazooka should not be confused with the typical recoilless cannon, fired in the same way, from the ground or fixed on top of a Jeep. 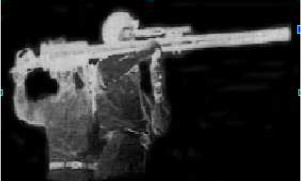 -The ammunition could be perforator or shaped-charge "Munroe".

-In both the case was not an explosive charge but a propellant charge that was being consumed during the projectile's journey.

-We have an illustration of both cases. (Popsci-PiP) 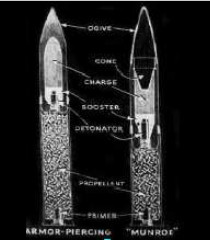 “Propellants in both types of ammunition” (PiP)

-Another version of self-propelled "mortars" and somewhat similar to the Russian Katiuska in their mission, were used profusely in the Pacific during WWII. They were launched from Jeeps or Landing Barges. 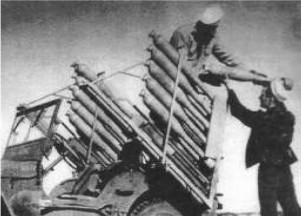 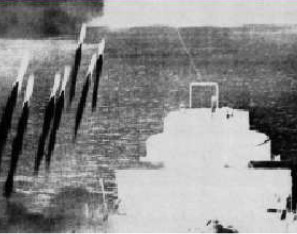 -There were mortars of smaller size that were launched from multiple portable tubes or from a vehicle like the Sherman tank shown below. 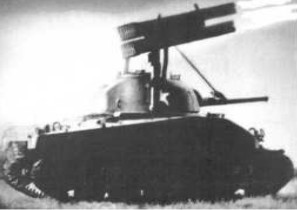 -On the German side we have the "Panzerfaust", an equivalent of the American Bazooka. See the Bazooka chapter.

-More modernly, the Russian and American "bazookas" are used in many armies and guerrillas in the world. They are called RPGs. (Rocket Propelled Grenades). 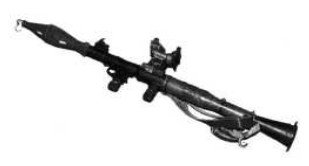 From Appendix 6: The "Strsljen" M-90 was an ammunition against tanks, armed vehicles, fortifications etc. It was a self-propelled rocket engine that could be launched from a fixed or mobile site. 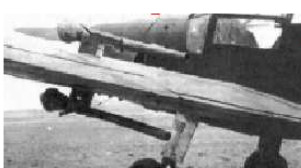 From Appendix 9: The author has been late to include self-propelled ammunition consisting of simple rockets with a dart tip, explosive or not, to be launched from an airplane towards observation balloons and airships mainly. 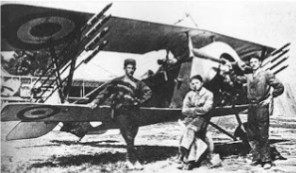 "Invention of Le Prieur in WWI"

-Many centuries before the Chinese already invented something similar to attack from the ground -naturally- to more distant targets, lengthening trajectories with launched or static ammunition.

Getting to know the name of Le Prieur has been the moment of introduction in this A-Z publication.

-There is a lot of ammunition that despite being fired from a cannon has a fuel charge that prolongs or accelerates its track.

-It is impossible to mention them all, so we just mention a few examples like the ones in the photograph. 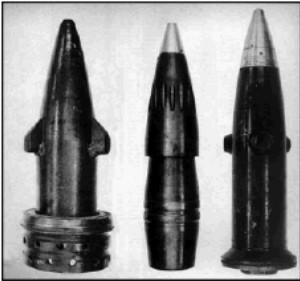