This is the Atkinson cycle, and actually it is not a four stroke, or a two stroke, but a five (5) stroke engine. Therefore, there is a special mechanical device that, according to the position of a small connecting rod, makes the piston stroke having different routes. 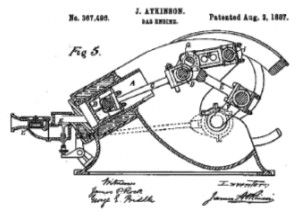 -This patent of the year --nothing less than-- 1887, run on gas because oil was incipient, let alone gasoline.

-There were, and still are five-stroke engines, because the trials with this cycle continue, although by different mechanisms such as the following "Atkinson differential cycle engine". 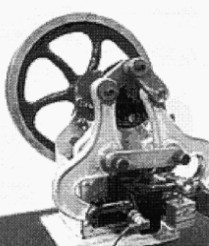 -The different movement of the connecting rods can be seen on the Internet, and what is more shocking and difficult to understand if it would be just as effective at high rpm. 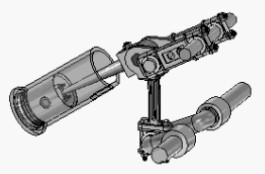 -Other engines like LucT built by Fima, worked with six strokes and may be seen at the Polito in Turin. Or the different-stroke Ortuño, with special arrangements between the crankshaft and the connecting rods.

-But returning to the Atkinson cycle, it has been updated by special competition engine builder ILMOR with its latest model of 5 strokes. Although they use different mechanisms, such as three cylinders of different diameters and other solutions. (See Ilmor). 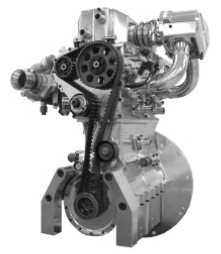