FIPSA or "Futur Investment Partners" established in Sant Cugat, is head of a Group dedicated to R&D&I on environmental issues such as "Green Energy" with studies on fuels, "Oxygenia" and "Freenox".

-The latter is dedicated to obtaining greater efficiency of aviation engines.

-On September 20, 2009, an article about these engines appeared in the newspaper "La Vanguardia" in Barcelona. See Freenox as well. 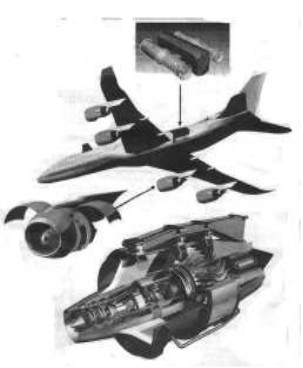 -The architecture of the Freenox engine tells us that it has a contrafan in the middle area of ​​the engine, in front of the compressors and behind the turbines.

-The design is due to C. Hertzer, engineer and ex-pilot of the Chilean air forces.

-As mentioned, the program began in 2005 to apply the most efficient technologies, even with new patents such as ERSystem, Centraxturbine, Bifan, Faps-EMS, etc.

-It seems that the manufacture is intended in a new company called AEESSA. (Aero-nautical Engineering and Electronic Systems SA).