It has always been thought of making flights by human-force propulsion, either by swinging wings or driving a propeller that moved the device.

-This was accomplished already. But ideas and trials have always been.

-We present an example of the innumerable that there have been. 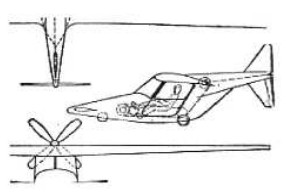 From Appendix A4 / 6: Pedaled vehicles are constantly appearing in general, but now we show perhaps one of the first, if not the first idea of ​​flying only with man's own effort.

-The drawing below appeared in an old ad of the ESSO oil company and its aviation products.

-It belongs to the brand's book known as "Esso History of Air Locomotion" with the aim of attracting attention.

-It is Frenchman Besnier's point of view in the year 1678. 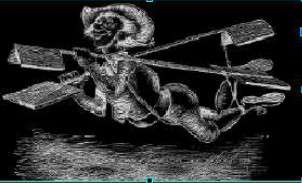 -Each pole has two woods hinged at their ends, so that they close when they go up and open when they go down.

-In 1960 appeared a UK project of a glider with a propeller driven by pedals like a bicycle.

From Appendix 6: There have always been cases of attempted flight facilitated by human effort without further external energy.

-We now have another example based on a bicycle using the pedals to drive a propeller.

“Example of a pedal trial”

-In the US and the MIT (Massachusetts Institute of Technology), together with the Smithsonian Institution, they sponsored trials of a flight system powered by human force.

-It had a simple design and and is lightweight, as we see in the following illustration. 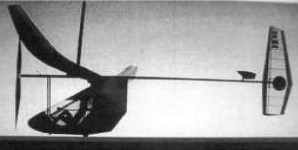 “Similar to the one above, pull-propeller”

-Curious invention by American John P. Holmes from Kansas, of a machine for "air navigation". 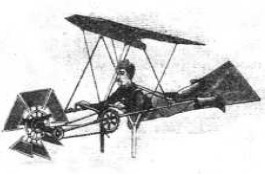 -It has no propeller but a paddle wheel moved by hand and that when turning at the top they are  in "flag-shape" and through the lower part they are like the hands of a swimmer.

-With only human effort, we have mechanisms with pedals to spin propellers like the one of the man "hanging" from the bag of a small airship. 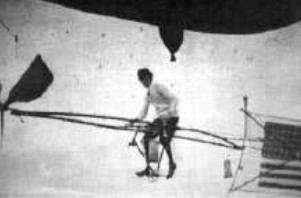 -There are ornithopters driven by muscular force as is the case of the man in the below illustration. 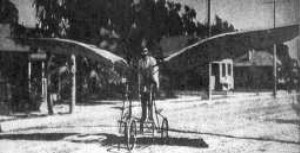 “There are also ornithopters without engine”

-There are countless examples of human propulsion.

-I am receiving several drawings of airplanes running with pedals that have been tried out in various parts of the world.

-Some of them are described as Skycycles. 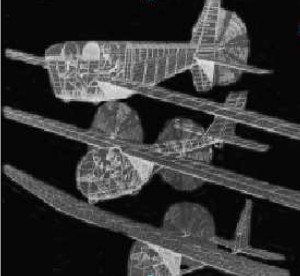 -The first two are two-seaters.

-The first one is the Toucan and the second the Ottawa.

-The next one is the Liverpuffin single-seater.

-The wingspan is standing out for more lift and little wing load.

-For example, the first is 123 feet in wingspan. 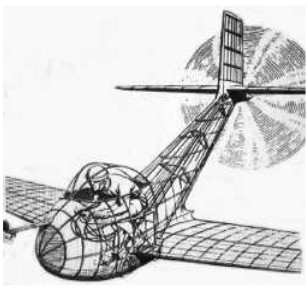 -The Linnet III shown is a Japanese machine made by students of Nihon University. It weighs 110 lbs.

-Another plane project driven by human force was the Gossamer Albatross by Paul MacCready. 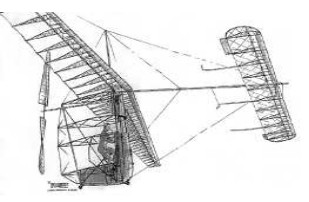 “Drawing of the Gossamer Albatross in Flight”

-It was extremely light due to the design by this aerodynamic expert, who won the Kremer Prize with another device called Gossamer Condor, in 1977.

-It is driven by pedals with chain transmission. The pilot is in vertical position with simple maneuvering controls. 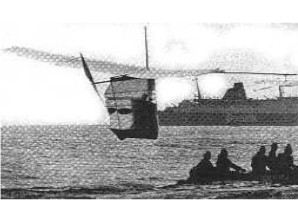 -To win the prize for crossing the English Channel, the Albatross was made. It was light weight with Mylar coating and was very braced to give consistency to the whole.

-Every wing rib weighed only 2 ounces, for example. 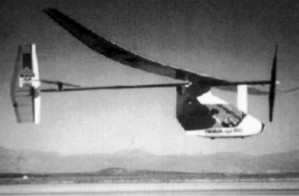 -The Daedalus has been made in collaboration with American NASA.

-Other examples besides the Gossamerf Condor, Albatros and the Daedalus are: the Monarch B, the Musculair I and II, and the Mic LT Eagle.

From Appendix 12: In the German magazine Flugsport we found an example of human traction in that country.

“With pedals driving a propeller”