Dowty Rotol Ltd, is the best known English factory of propellers and controls.

-To reduce the noise of propellers and engines due to the laws in countries with such problem, they developed propulsion systems such as ducted propellers, but using the same power plants.

-In the shown case of a BN Islander that normally produces 86 dB with its Lycoming IO-540 engines and say "free" propellers, it dropped to 65 dB, which was very interesting.

-But it was not necessary to apply this system because most aircraft comply with the current regulations.

-This was the case of the Cessna Reims Rocket that was overpowered, and with only decreasing the maximum rpm by 100, it entered within the order. 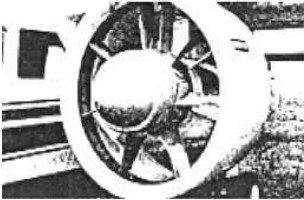