In general, the Power Plant is the engine itself and everything it needs to operate.

-Despite being the heaviest part of an aircraft, in itself, it is lighter than that of other means of transport, land or marine.

-The most powerful ones are heavier but always weigh less, talking relatively. 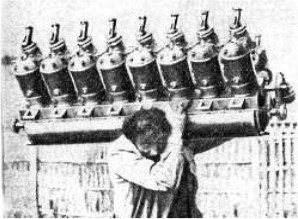 "Relative lightness of the aviation engine" -The previous installation belongs to the REP aircraft and engine (made by Robert Esnault Pelterie).

-The engine is fitted to the tubular lattice structure and we see the cylindrical oil tank across with the greater fuel one behind it.

-No firewall is observed. 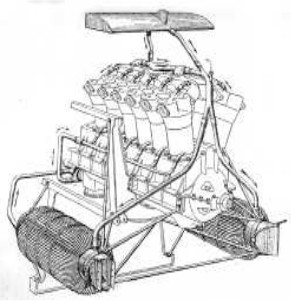 -Also included in the power plant, are the radiators and in the illustrated case of a Liberty, a booster tank.

-The power plant is complicated in multi-engine installations.

-As well as with the engines along the wings, as at the rear of the fuselage.

-Or around the fuselage as on the Handley Page of Imperial Airways, which were large biplanes with engines installed on both wings, and some models had the engines fitted between the uprights. They were big multi-engine aircraft for that time. -However, during this author's professional career, the most surprising in terms of multi-engine, and to consider whether all this was a power plant or should it be individualized, mainly are the German aircraft Staaken, SSW, DFW.

-They had incredible technical solutions with gearboxes and transmissions.

-We show some cases that are worthy of study. Generally they occupy a good part of the fuselage, which should be destined to payload. 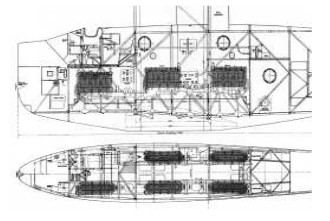 -The 5 engines on the SSW-R VIII installed in the fuselage.

“8 main engines and one compressor engine”

-The eight engines on the DFW-R had a ninth engine that, at high altitudes, supercharged the main engines by means of the compressor. -The Schül-RI and its interior layout. 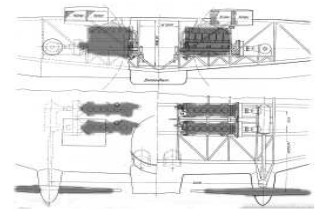 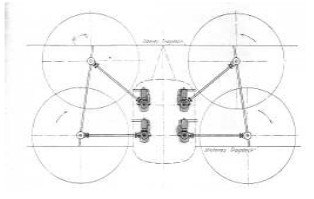 “4 eight-cylinder engines on the DFW-R II” 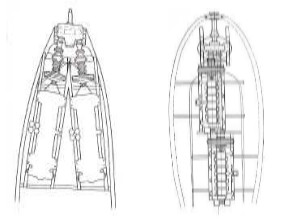 -The double assemblies work with a gearbox that includes centrifugal-type clutches.

From Appendix 9: There are many examples of heterodox installations, multiple engines, etc.

-I have just found another example of an advanced German WWII fighter airplane, an Arado with two engines inside the fuselage and mechanical transmissions that drive the two propellers on the wings in a classic way. Or almost.

-The engines could be two DB-614 or two DB-627 mounted side by side. The transmissions required two conical gear boxes for each side, for 90° angles. 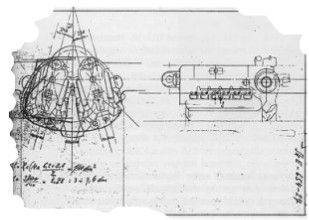 “Installation of two engines inclined at 15°”

-It did not have the necessary success due to the mechanical transmissions precisely.

-We located more examples of ingenious engine-grouping systems for airplanes with which they wanted to increase their possibilities. 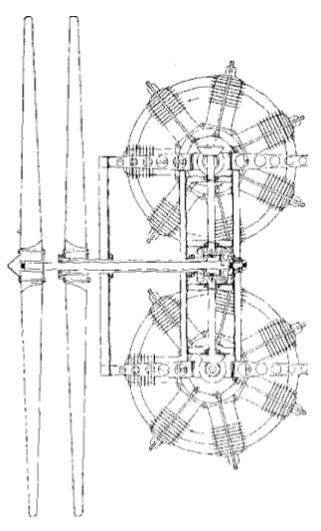 -Above we see an installation of two horizontally positioned rotary engines combined with a differential mechanism to make it possible to drive two axial, contra-rotating propellers.

-This power plant with two rotaries horizontally installed side by side in the bow of an airplane of the time, is what we see in the figure below. 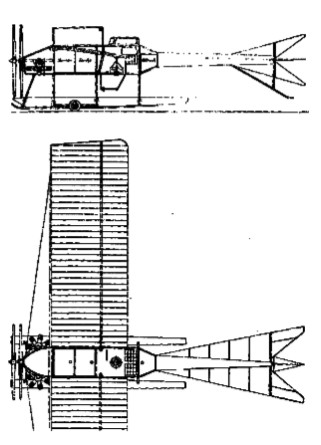 -Another example of coupling two engines is shown in the main text. It's the Romanian Henri Coanda. 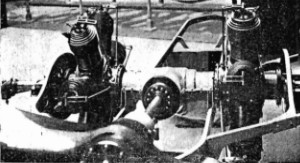 -The photo above shows the opposite side, the output shaft for the propeller/s. The engines rotate in an upright position but are on both sides of the fuselage - seen in flight direction.

“Another example of a twin-engine”

-This twin-engine has a double contra-rotating propeller. One engine is in the normal bow position. The other engine is under the wing with a transmission that goes to the front and drives the P2 propeller. It is a curious installation. 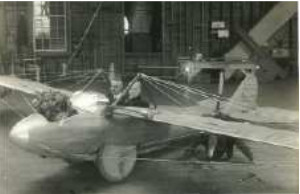 -The aircraft of American pioneer Gallaudet used two Indian motorcycle engines side by side in front of the pilots, driving a transmission that runs along the leading edge of the wing until a 90° turn using conical gears. The two propellers are at the trailing edge of each semi-wing.

-The placement of the two engines together side by side in the bow is also used by another example. See "Picador". 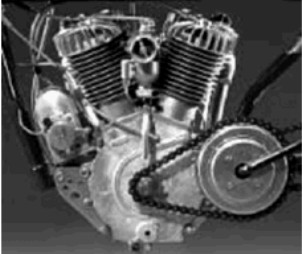 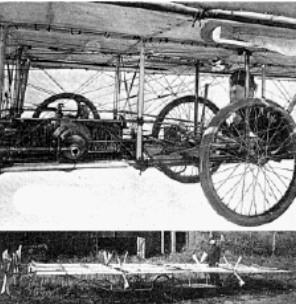 "Complex installation on the Gillespie in 1905"