The Rocket Research Co was specialized in the manufacture of small maneuvering rocket motors for satellite stabilization and other similar missions. 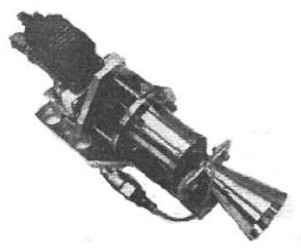 “RRC Thruster for the Titan 3”

-The shown engine ran on a hydrazine-based monopropellant, giving only 27 lbf of thrust.

-Of the same brand there are engines giving pulses of 0.5 lbf thrust of hundredths of a second for long periods. They also ran on hydrazine. 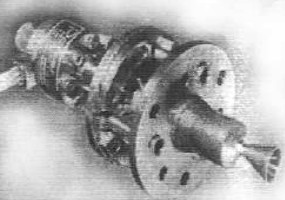 -The Rocket Research P-95-MD-50 is a monopropellant thruster for the Viking Lander in various configurations. 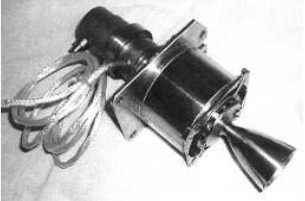 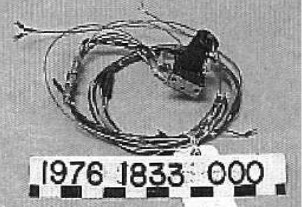 -Photo of the Attitude Control Thruster used in the ATS-6 Satellite launched in 1974. It was located over Alaska in the Pacific.

From Appendix 6: We present the most peculiar of rocket motors: as fuel it uses the biological remains (40% of the fuel) of a space station. After prior treatment.

-These are mainly human remains. A test run is shown below. 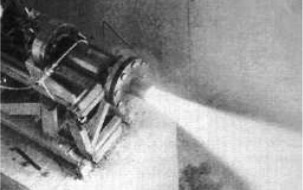 “The Monex W, as it is called”

-The metallic structure that holds this motor gets our attention.